One aspect of the decision whether Wichita High School Southeast should be moved or renovated in place is this: What about the environment?

We haven’t heard much about this, however. But there are many in Wichita that advocate against urban sprawl. The proposal to move Southeast High from its present location to a proposed site on the fringes of Wichita: This defines urban sprawl.

There are also many in Wichita who support the sustainable communities initiative. A core tenet is that we’re spending too much on carbon-spewing transportation. The language is couched as “energy use and climate change,” but the clear meaning is that we’re burning too much gasoline and diesel fuel.

Which is, of course, what powers school buses and cars. It’s undeniable that moving Southeast High Schools will result in increased transportation by auto and bus, and fewer students commuting to school by foot. 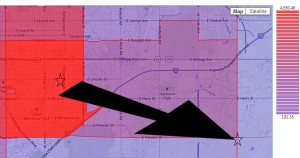 To be sure, the Southeast decision is up to the board members of USD 259, the Wichita public school district. Many of them subscribe to the “green” agenda.

Then, where are the members of the Wichita City Council and Sedgwick County Commission who voted for the sustainable communities initiative? The bureaucrats from the Hugo Wall School of Urban and Public Affairs at Wichita State University who are managing the process?

If these people really believe in their anti-sprawl, anti-fossil fuel, pro-sustainable communities agenda, they need to make themselves heard on this issue.