For Wichita, another economic development plan

The Wichita City Council will consider a proposal from a consultant to “facilitate a community conversation for the creation of a new economic development diversification plan for the greater Wichita region.” Haven’t we been down this road before?

This week the Wichita City Council will consider funding “the formulation of a new economic development strategy.” Here’s a summary provided by the city:

Wichita State University approached STARNet about developing a proposal to assist WSU, the Wichita Metro Chamber of Commerce and the community with the formulation of a new economic development strategy. Over a period of almost ten months STARNet will manage a four phase process that will lead to an integrated economic development strategy that will prioritize how and where to deploy resources. The process will include a comprehensive review of the region’s assets and issues, development of a common vision, identification of priorties [sic] and egagement [sic] of stakeholders committed to strategy implementation. 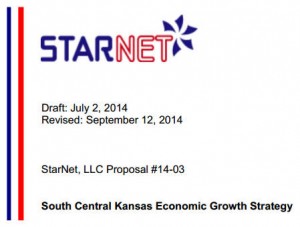 It sounds from this as though the city has not been engaging in economic development and strategizing. This reminds me of the $658 million in tax abatements Boeing received over several decades. Wasn’t that economic development? The answer from pro-sales tax forces was no, that wasn’t paid in cash. Also, even though Boeing has left Wichita, the facilities still generate $6 million in property taxes. So, it really worked after all, they say.

Here’s something else from the proposal summary: “Project Objective: Support formulation of a Wichita Economic Development Strategy that integrates existing initiatives (e.g. GWEDC and WSU); is supported by the majority of regional stakeholders and can be used to guide policy discussions for use of new City/County revenues for job formation.” (emphasis added)

I thought we already had a plan for the sales tax revenue, according to the city and the “Yes Wichita” group. Now we are told we need to start an expensive and lengthy planning process?

What about the cost and funding? “The total estimated cost of the project is $234,929. Funding partners include WSU, Wichita Metro Chamber of Commerce, Greater Wichita Economic Development Coalition, Wichita Downtown Development Corporation, the City of Wichita and Sedgwick County. The City of Wichita is being asked to contribute an amount not to exceed $42,986. The funding partners will have an agreement with WSU who, in turn, will hold the contract with STARNet.”

Here is the first thing that will be done, according to the proposal: “Secure Co-chairs to Lead Initiative: This regional initiative begins with the designation of at least two or more high level, objective, economic leaders agreeing to co–chair the on–going initiative. The co-chairs are often effective when chosen from an existing regional development group.” 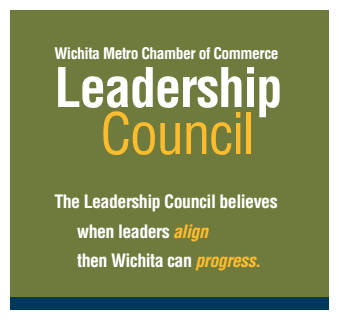 This is written as through Wichita has been doing nothing in this regard. I wonder what the leaders of the Wichita Metro Chamber Leadership Council thinks of this? Here’s what the Chamber says about this council:

The Leadership Council is a think tank comprised of 100 top business, non-profit and public-sector CEO’s for the purpose of discussing and pursuing resolutions of major issues or projects to make the Wichita area competitive for job creation, talent attraction, capital investment and therefore long-term economic prosperity. Created by the Wichita Metro Chamber of Commerce, the Council is co-chaired by Charlie Chandler (Intrust Bank Chairman and CEO) and Jeff Turner (retired CEO of Spirit AeroSystems). The Council was formed in 2012 and held its first meeting in September of the same year.

So we’ve had two prominent Wichita business leaders shepherding an initiative for two years. Is this effort now discarded?

Here’s something to watch for. Proposals like this contain buzzwords — something new and exciting, something that leaders can use to show they’re on the cutting edge. So note this language in the proposal:

Moreover, economies don’t stop at municipal or county boundaries; they go where their residents drive to work—the “comutershed”. (Misused punctuation in the original.)

I wonder when city leaders start using this neologism — comutershed — if they will correct the spelling of one of its base words.

I urge taking a look at the proposal. The agenda packet is here: Wichita City Council, October 14, 2014.