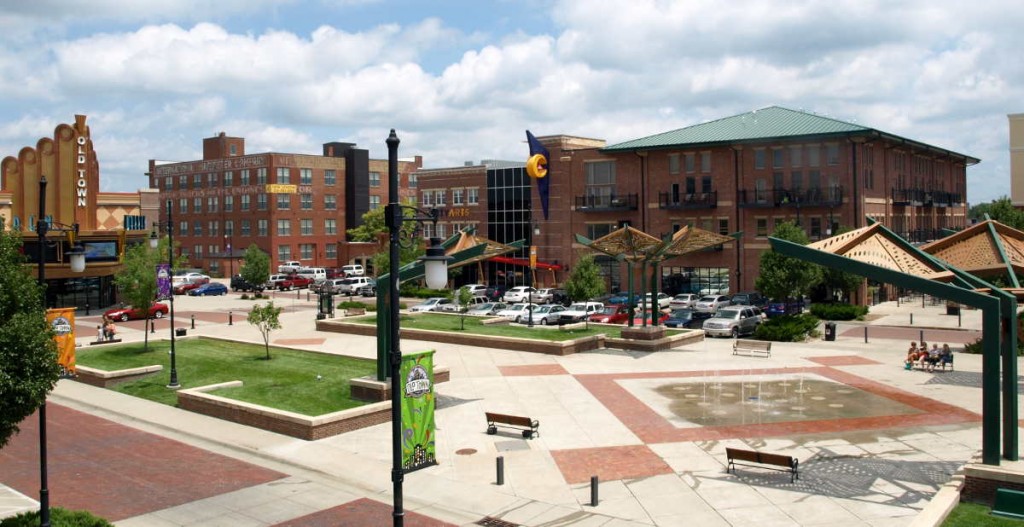 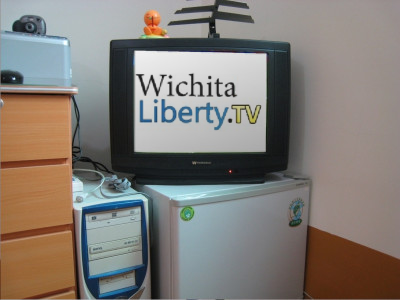 The controversy surrounding the residence of a long-time senator from Kansas raises issues of term limits and the ability of citizens to exercise the power of initiative and referendum. Then, the seen and the unseen applied to economic development in Wichita, and why do we rely on certain experts.

Wichita Chamber of Commerce: Why these panelists? 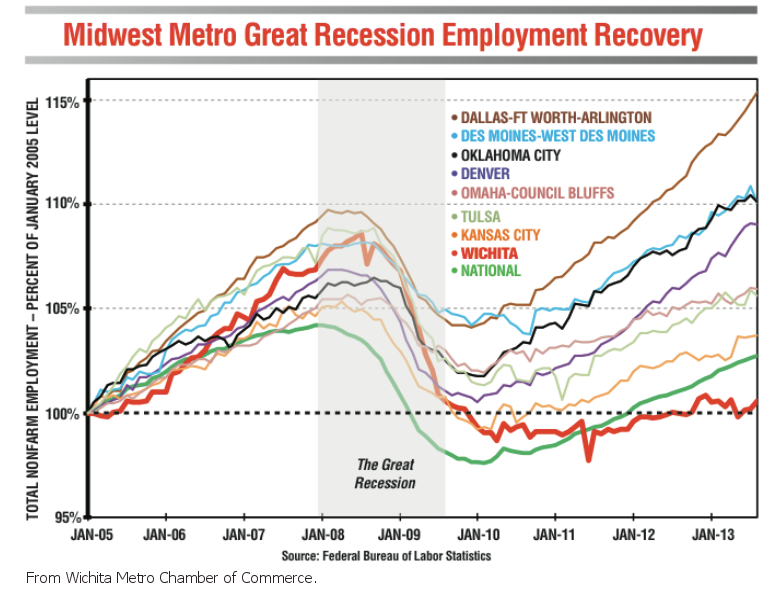 Wichita Chamber of Commerce: Why these panelists?

The experts selected by the Wichita Chamber of Commerce as panelists on economic development tells us a lot about why the Wichita economy has suffered.

In this episode of WichitaLiberty.TV: A Kansas college professor claims that college costs are rising only a tad faster than inflation. We'll take a look at the actual numbers. Then, this week Wichita Mayor Carl Brewer delivered the annual State of the City address. A few things deserve comment.

Wichita Mayor Carl Brewer delivered the annual State of the City address. He said a few things that deserve discussion.

Compared to peer areas, Wichita's record of growth in gross domestic product is similar to that of job creation: Wichita performs poorly.

Compared to a broad group of peer metropolitan areas, Wichita performs very poorly. As Wichita embarks upon a new era of economic development, we need to ask who to trust with this important task.

In this excerpt from WichitaLiberty.TV: Wichita city and business leaders are likely to ask Wichitans to support a higher sales tax in order to support additional economic development efforts. Should Wichitans vote in favor of this?

In this episode of WichitaLiberty.TV: Wichita city leaders are preparing to ask Wichita voters to approve a sales tax increase. What would this money be used for? Are there alternatives, such as private sector integration, that the city could consider? Then: What is the role of the Wichita Metro Chamber of Commerce? Is it promoting capitalism, or something else? Finally, David Hart, who is Director of the Online Library of Liberty Project at the Liberty Fund, explains some of the lessons of Frederic Bastiat, including the broken window fallacy.