In Kansas, the Blob is worked up 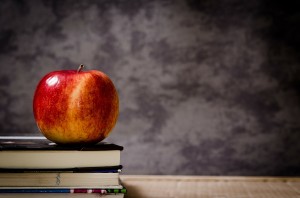 “Education reformers have a name for the resistance: the education ‘Blob.’ The Blob includes the teachers unions, but also janitors and principals unions, school boards, PTA bureaucrats, local politicians and so on.” (John Stossel, The Blob That Ate Children.)

An example of a prominent spokesperson for the Blob is the Wichita Eagle’s Rhonda Holman. She recently wrote regarding Kansas school funding: “In the Kansas Speaks survey released last fall by the Docking Institute of Public Affairs at Fort Hays State University, two-thirds said they wanted to see more K-12 state funding.”

I don’t doubt that these results are accurate. The desire for good schools is nearly universal. But when we look at the beliefs of people, we find that they are, largely, uninformed and misinformed about the level of school spending. Kansas Policy Institute commissioned a survey that asked the public a series of questions on schools and spending. (See Citizens generally misinformed on Kansas school spending.) A key finding is that most people think that schools spend much less than actual spending, and by a large margin. Further, most people think spending has declined, when in fact it has risen. These finding are similar to other research commissioned by KPI, and additional surveys by other organizations at the national level.

The Eagle editorial board, along with the Kansas City Star, has been instrumental in misinforming Kansans about school spending. These newspapers continually use base state aid per pupil as the measure of schools spending, when in fact this is just a fraction of total spending on schools. (See Here’s why Kansans are misinformed about schools.)

The survey that Holman relies upon as evidence of the desire for more school spending didn’t ask — as far as I know — questions to see if respondents were informed on the issue. Even worse: Instead of seeking to educate readers on the facts, Holman resorts to demagoguery and demonizing, referring to “education reforms coveted by some conservatives and the American Legislative Exchange Council.” There, the two evils: Conservatives and ALEC, the substance of her argument.

There are two reforms being talked about in Kansas that are popular in other states. Popular except with the Blob, that is.

One is a tax credit scholarship program. This lets corporations make contributions to organizations that would provide scholarships for students to attend private schools. The corporations would then receive credits against their income tax. The Blob opposes programs like this. The Blob says that these programs simply let students that are already in private or church schools have the state pay their tuition.

But the proposed law in Kansas this year, as in years past, contains these provision: For the scholarship program, students must qualify as “at-risk” students and be attending a school that qualifies as “title I,” a program that applies to schools with many students from low-income families.

Further, the student must have been enrolled in a public school before seeking a scholarship, unless the student is less than six years old.

Together these requirements rebut the argument of the Blob: That the scholarships are just a way for children already in private or church schools to get tax funds to pay for their schools. Instead, the law targets these scholarships at students from low-income households.

The Blob criticizes charter schools because they say they “cherry-pick” the best students, leaving public schools with the worst. Here’s what the proposed Kansas law says: “A public charter school shall enroll all students who wish to attend the school.” If more students apply than the school has space, students will be selected via lottery. In most areas that have charter schools, there are many more aspirants than available spaces, and students are chosen by lottery. That would undoubtedly be the case in Kansas.

The Blob says that charter schools pick only the students they want, and therefore lead to segregation. Here’s the proposed law: “A public charter school shall be subject to all federal and state laws prohibiting discrimination on the basis of disability, race, creed, color, gender, national origin, religion, ancestry or need for special education services.”

The Blob values its rules and regulations that make work for its fleets of bureaucrats. Never mind that these regulations probably don’t increase student learning. That’s not the point.

And the political muscle of the Blob, the teachers unions? Well, charter school teachers usually aren’t unionized. The union is in favor of public schools only if the the teachers are in unions.

What the Blob won’t tell you

The Kansas Blob is proud of Kansas schools, partly because of scores on the National Assessment of Educational Progress (NAEP), known as “The Nation’s Report Card.” Kansas ranks pretty high among the states on this test. It’s important, however, to examine the results from a few different angles to make sure we understand the entire situation. An illustrative video is available here.

Data for the 2013 administration of the test was just released. I’ve gathered scores and made them available in a visualization that you can use at wichitaliberty.org. The most widely available NAEP data is for two subjects: reading and math, and for two grades, fourth and eighth. The video presents data for Kansas, Texas, and the average for national public schools. I choose to compare Kansas with Texas because for several reasons, Kansas has been comparing itself with Texas. So let’s look at these test scores and see if the reality matches what Kansas school leaders have said.

Looking at the data for all students, you can see why Kansas school leaders are proud: The line representing Kansas is almost always the highest.

NAEP makes data available by ethnic subtypes. If we present a chart showing black students only, something different appears. Now Texas is higher than Kansas in all cases in one, where there is a tie.

If we consider Hispanic students only: Texas is higher in some cases, and Kansas and Texas are virtually tied in two others. National public schools is higher than Kansas in some cases.

Considering white students only, Texas is higher than Kansas in three of four cases. In some cases the National public school average beats or ties Kansas.

So we have what seems to be four contradictory statements, but each is true.

When you hear the Blob trumpet high Kansas test scores, does it also explain the nuances? No, of course not, But you can examine these test scores in an interactive visualization.

Another problem you won’t hear about from the Blob: Kansas has low standards for its schools. Even worse, at a time when Kansas was spending more on schools due to an order from the Kansas Supreme Court, the state lowered its already low standards for schools.

This is the conclusion of the National Center for Education Statistics, based on the most recent version of Mapping State Proficiency Standards Onto the NAEP Scales. NCES is the primary federal entity for collecting and analyzing data related to education in the U.S. and other nations, and is located within the U.S. Department of Education and the Institute of Education Sciences.

The mapping project establishes a relationship between the tests each state gives to assess its students and the National Assessment of Education Progress, a test that is the same in all states. As explained in Kansas school standards and other states, Kansas standards are relatively low, compared to other states. This video explains. (View below, or click here to view in HD at YouTube.)

For Kansas, here are some key findings. First, NCES asks this question: “How do Kansas’s NAEP scale equivalent scores of reading standards for proficient performance at grades 4 and 8 in 2009 compare with those estimated for 2005 and 2007?”

“Although no substantive changes in the reading assessments from 2007 to 2009 were indicated by the state, the NAEP scale equivalent of both its grade 4 and grade 8 standards decreased.”

Also: “Kansas made substantive changes to its reading grade 8 assessment between 2005 and 2009, and the NAEP scale equivalent of its grade 8 standards decreased. ”

In other words, NCES judged that Kansas weakened its standards for reading performance.