As lawmakers, Kansas judges should be selected democratically 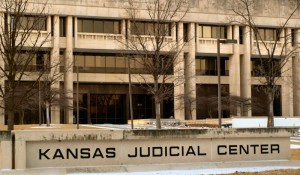 While many believe that judges should not “legislate from the bench,” that is, make law themselves, the reality is that lawmaking is a judicial function. In a democracy, lawmakers should be elected under the principle of “one person, one vote.” But Kansas, which uses the Missouri Plan for judicial selection to its highest court, violates this principle.

At issue is whether judges are simply arbitrators of the law, or do they actually participate in the lawmaking process. Ware explains: “This realist view that statutory interpretation often involves ‘substantial judicial discretion’ and therefore constitutes ‘judicial lawmaking, not lawfinding,’ had by the 1950s, ‘become deeply rooted.'”

A “‘balanced realism,’ to use Brian Tamanaha’s appealing label, recognizes both that judges’ policy preferences have little or no influence on many judicial decisions and that judges’ policy preferences have a significant influence on other judicial decisions. Empirical studies tend to support this balanced view.” In other words, there is some role for ideology in making judicial decisions. Politics, therefore, is involved. Ware quotes Charles Gardner Geyh: “In a post-realist age, the ideological orientation of judicial aspirants matters.” And the higher the court, the more this matters.

Since judges function as lawmakers, they ought to be selected by a democratic process. In the Kansas version of the Missouri Plan, a nominating commission dominated by lawyers selects three candidates to fill an opening on the Kansas Supreme Court. The governor then selects one of the three, and the process is over. A new judge is selected. This process gives members of the state’s bar tremendous power in selecting judges.

In the paper, Ware presents eleven examples of judges on the two highest Kansas courts engaging in lawmaking. In one, a workers’ compensation case, the employee would lose his appeal if the “clear” precedent was followed. Justice Carol A. Beier wrote the opinion. Ware explains:

Justice Beier’s opinion doing this started by criticizing the old rule, while acknowledging that it was, in fact, the rule prior to her opinion by which the Supreme Court made new law. Here again is the above quote from Coleman, but now with the formerly omitted words restored and italicized: “The rule is clear, if a bit decrepit and unpopular: An injury from horseplay does not arise out of employment and is not compensable unless the employer was aware of the activity or it had become a habit at the workplace.”

Who decided that this rule is “decrepit and unpopular” and so should be changed? Was it the Kansas Legislature? No, it was the Kansas Supreme Court. It was judges, not legislators, who decided that this legal rule was bad policy. It was judges, not legislators, who changed the law to bring it in line with what the lawmaking judges thought was good policy.

Beier wrote in her opinion: “We are clearly convinced here that our old rule should be abandoned. Although appropriate for the time in which it arose, we are persuaded by the overwhelming weight of contrary authority in our sister states and current legal commentary.”

The result: New Kansas law, made by people selected through an undemocratic process.

Non-lawyers who believe in the principle that lawmakers should be selected democratically need to know that judicial selection is lawmaker selection to be troubled by the Missouri Plan’s violation of this principle. Non-lawyers who do not know that judges inevitably make law may believe that the role of a judge consists only of its professional/technical side and, therefore, believe that judges should be selected entirely on their professional competence and ethics and that assessments of these factors are best left to lawyers. In short, a lawyer who omits lawmaking from a published statement about the judicial role is furthering a misimpression that helps empower lawyers at the expense of non-lawyers, in violation of basic democratic equality, the principle of one-person, one-vote.

In Kansas, the process for selecting judges to the Kansas Court of Appeals is governed by statute, and can be changed by the legislature and governor. In 2012 the House of Representatives passed a bill to reform the process, but it was blocked by Senate Judiciary Chair Tim Owens. He said “I think this is the first time I did not hear a bill because I thought it was so bad. This is a terrible, terrible bill that’s hated by the courts; it’s an attempt to take over control of the courts.”

Owens, who ranked as the least friendly senator to economic freedom in the 2012 edition of the Kansas Economic Freedom Index, lost his bid for re-election in the August primary election. Many of the other moderate Republicans who voted against reform also lost their primary election contest.

Owens, it should be noted, is an attorney, and is, therefore, a member of the privileged class that has outsize power in selecting judges.

Contrary to Schodorf, the bill that the senate voted on, and the one that Owens killed the year before, called for Court of Appeals judges to be appointed by the governor, with the consent of the senate. It’s actually the senate that has the final say.

Newspaper editorial writers across Kansas are mostly opposed to judicial selection reform. An example is Rhonda Holman of the Wichita Eagle, who in 2010 wrote: “Some critics may have a beef with past court decisions, perhaps even a legitimate one — which is no surprise, given that judicial decisions pick winners and losers. But they also may be motivated by politics — which is a problem, given that the judiciary is supposed to be fair, impartial and independent. In the absence of a strong case for change, Kansas should stick with what works.”

With the change in the composition of the Kansas Senate, the climate became favorable for reform of the way judges are selected for the Kansas Court of Appeals. In 2013 legislation reforming judicial selection for this court was passed and signed into law, taking effect on July 1, 2013. Now these justices are selected by appointment of the governor with confirmation by the senate. The law governing how judges for the Kansas Supreme Court are selected is part of the Kansas Constitution, and would require an amendment to alter the process. That requires a two-thirds vote in both chambers of the Kansas Legislature, and then a simple majority vote of the people.

By the way: For those who criticize the support for judicial selection reform as pure power politics, since Kansas has a conservative governor, remember this: When Professor Ware sounded the need for reform and convinced me of the need, our governor was the liberal Kathleen Sebelius. There was also a liberal senate at that time, one which would undoubtedly have rubberstamped any nominee Sebelius might have sent for confirmation.

Abstract: The “balanced realist” view that judging inevitably involves lawmaking is widely accepted, even among originalists, such as Justice Scalia, Randy Barnett and Steven Calabresi. Yet many lawyers are still reluctant to acknowledge publicly the inevitability of judicial lawmaking. This reluctance is especially common in debates over the Missouri Plan, a method of judicial selection that divides the power to appoint judges between the governor and the bar.

The Missouri Plan is one of three widely-used methods of selecting state court judges. The other two are: (1) direct election of judges by the citizenry, and (2) appointment of judges by democratically elected officials, typically the governor and legislature, with little or no role for the bar. Each of these two methods of judicial selection respects a democratic society’s basic equality among citizens — the principle of one-person, one-vote. In contrast, the Missouri Plan violates this principle by making a lawyer’s vote worth more than another citizen’s vote.

This Article provides a case study of the clash between the inevitability of judicial lawmaking and the reluctance of lawyers to acknowledge this inevitability while defending their disproportionate power under the Missouri Plan. The Article documents efforts by lawyers in one state, Kansas, to defend their version of the Missouri Plan by attempting to conceal from the public the fact that Kansas judges, like judges in the other 49 states, inevitably make law. The case study then shows examples of Kansas judges making law. The Article concludes that honesty requires lawyers participating in the debate over judicial selection in the United States to forthrightly acknowledge that judges make law. Lawyers who seek to defend the power advantage the Missouri Plan gives them over other citizens can honestly acknowledge that this is a power advantage in the selection of lawmakers and then explain why they believe a departure from the principle of one-person, one-vote is justified in the selection of these particular lawmakers.

The complete paper may be downloaded at no charge here.