In the second quarter of 2018, the Kansas economy grew at the annual rate of 4.7 percent, the seventh-best rate in the nation.

In the second quarter of 2018, the Kansas economy grew at the annual rate of 4.7 percent in real (inflation-adjusted) dollars, according to statistics released today by Bureau of Economic Analysis, a division of the United States Department of Commerce. GDP for the quarter was at the annual rate of $164,018 million.

This is a sharp jump in the rate of growth from the first quarter of 2018, when the rate was 0.5 percent, with only three states having lower rates.

Quarterly GDP growth for states can be volatile, as shown in the nearby chart.

For Kansas, industries that differed markedly from the nation include agriculture, forestry, fishing, and hunting, and durable goods manufacturing. The nearby table shows more industries. 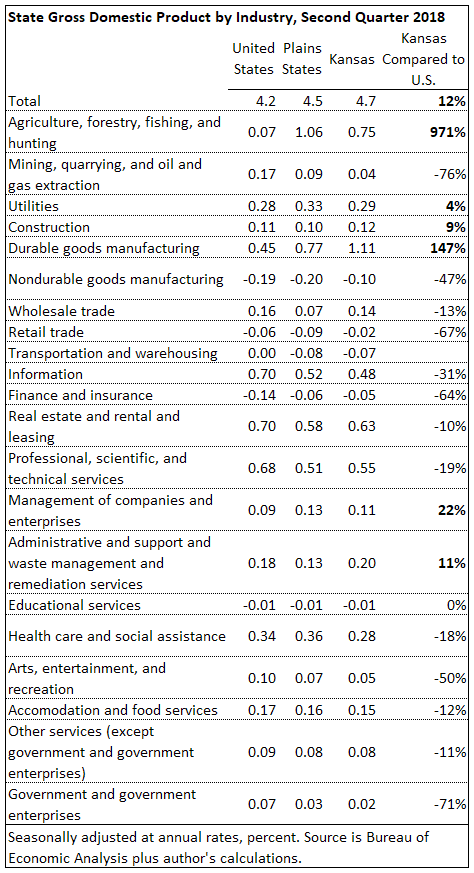