An interactive visualization of state population, with changes due to births, deaths, and migration.

Each year the United States Census Bureau provides estimates of the population of states. It also produces estimates of change due to natural causes such as birth and deaths, and movement due to migration. These values are provided in two ways: as counts and as rates per thousand state residents.

It is important to note these are estimates, not counts as in the decennial census. In particular, the newly-released estimates for 2020 do not use 2020 census data.

The Bureau’s page for this program is Population and Housing Unit Estimates. 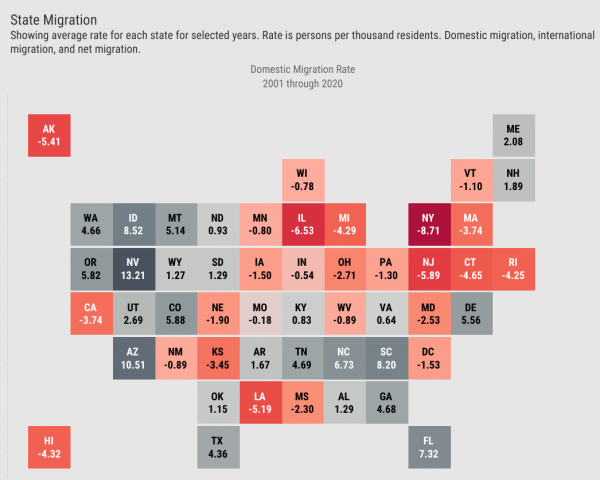 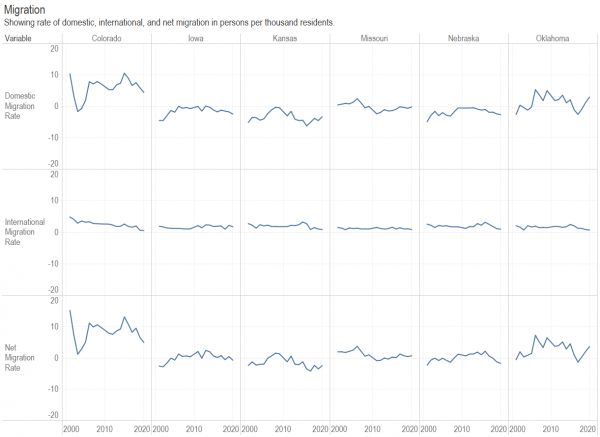