A big-picture look at the EDA

While praising the U.S. Economic Development Administration for a small grant to a local institution, the Wichita Eagle editorial board overlooks the big picture.

While praising a grant to Wichita State University from the U.S. Economic Development Administration, the Wichita Eagle editorial board doesn’t waste an opportunity remind us of its big-government, anti-taxpayer ideology. (Pompeo would eliminate source of WSU grants, July 11, 2015)

The op-ed also criticizes U.S. Representative Mike Pompeo, who has sponsored legislation and offered amendments to end the EDA.

While the Eagle op-ed is designed to make us feel happy for Wichita State University (and bad about Rep. Pompeo, especially given the photo the newspaper used to illustrate the story online), the short-sighted and naive reasoning behind it is harmful. The op-ed promotes the impression that federal money is free, a gift from a magical fairy godmother that falls out of the sky in abundance. Anyone who opposes this free stuff must be evil.

But in exchange for the grant to WSU, we have to tolerate grants like these made by the EDA: 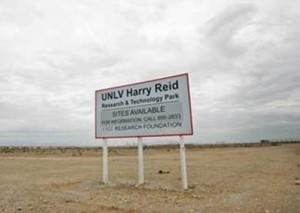 So in exchange for WSU receiving a million dollars this year and $1.9 million last year, we have to put up with the above. We have to wonder if Harry Reid being the number one Senate Democrat had anything to do with a grant for a facility named in his honor. We have yet another government agency staffed with a fleet of bureaucrats, including a chief who will travel to Wichita to promote and defend his agency. We have another government agency that believes it can better decide how to invest capital than the owners of the capital. We have another example of shipping tax dollars to Washington, seeing a large fraction skimmed off the top, then cities and states begging for scraps from the leftovers.

Often when the Eagle editorial board criticizes conservatives, it does so by using terms like “driven by ideology” or “blind adherence to right-wing ideology.”

But anyone parachuting down from Mars and observing this system for making investment decisions would wonder: Why do they do this? What kind of ideology would result in this nonsense?

You’ll have to ask the Wichita Eagle editorial board.

Rep. Pompeo on the EDA

In January 2012 Pompeo wrote an op-ed which explains the harm of the EDA. Here is an excerpt:

Last week, Secretary Fernandez invited himself to Wichita at taxpayer expense and met with the Wichita Eagle’s editorial board. Afterwards, the paper accurately noted I am advocating eliminating the EDA even though that agency occasionally awards grant money to projects in South Central Kansas. They just don’t get it. Thanks to decades of this flawed “You take yours, I’ll take mine” Washington logic, our nation now faces a crippling $16 trillion national debt.

I first learned about the EDA when Secretary Fernandez testified in front of my subcommittee that the benefits of EDA projects exceed the costs and cited the absurd example of a $1.4 million award for “infrastructure” that allegedly helped a Minnesota town secure a new $1.6 billion steel mill. As a former CEO, I knew there is no way that a taxpayer subsidy equal to less than one-tenth of one percent (0.1%) of the total capital needed made a difference in launching the project. That mill was getting built whether EDA’s grant came through or not. So, I decided to dig further.

I discovered that the EDA is a federal agency we can do without. Similar to earmarks that gave us the infamous “Bridge to Nowhere” or the Department of Energy loan guarantee scandal that produced Solyndra, the EDA advances local projects that narrowly benefit a particular company or community. To be sure, the EDA occasionally supports a local project here in Kansas. But it takes our tax money every year for projects in 400-plus other congressional districts, many if not most of which are boondoggles. For example: EDA gave $2 million to help construct UNLV’s Harry Reid Research and Technology Park; $2 million for a “culinary amphitheater,” tasting room, and gift shop at a Washington state winery; and $500,000 to construct (never-completed) replicas of the Great Pyramids in rural Indiana.

Several times in recent decades, the Government Accountability Office has questioned the value and efficacy of the EDA. Good-government groups like Citizens Against Government Waste have called for dismantling the agency. In addition, eliminating the EDA was listed among the recommendations of President Obama’s own bipartisan Simpson-Bowles Deficit Reduction Commission.

So why hasn’t it been shut down already? Politics. The EDA spreads taxpayer-funded project money far and wide and attacks congressmen who fail to support EDA grants. Soon after that initial hearing, Secretary Fernandez flew in his regional director — again at taxpayer expense — to show me “all the great things we are doing in your home district” and handed me a list of recent and pending local grants. Hint, hint. You can’t say I wasn’t warned to back off. Indeed, Eagle editors missed the real story here: Secretary Fernandez flew to Wichita because he is a bureaucrat trying to save his high-paying gig. The bureaucracy strikes back when conservatives take on bloated, out-of-control, public spending, so I guess I’m making progress.

Please don’t misunderstand. I am not faulting cities, universities, or companies for having sought “free” federal money from the EDA. The fault lies squarely with a Washington culture that insists every program is sacred and there is no spending left to cut.

A federal agency run at the Assistant Secretary level has not been eliminated in decades. Now is the time. My bill to eliminate the EDA (HR 3090) would take one small step toward restoring fiscal sanity and constitutional government.

Last year Pompeo offered an amendment to H.R. 4660, the Commerce, Justice, Science, and Related Agencies Appropriations Act for Fiscal Year 2015, to eliminate the Economic Development Administration (or the “Earmark Distribution Agency”). The amendment would send EDA’s total funding — $247 million in FY 2015 — to the Deficit Reduction Account, saving up to $2.5 billion over 10 years based on current levels.

“We need to solve America’s debt crisis before it is too late, and that means reducing wasteful spending, no matter the agency or branch of government,” said Rep. Pompeo. “The EDA should be called the ‘Earmark Distribution Agency,’ as it continues to spend taxpayer dollars on local pet projects in a way similar to congressional earmarks — which have already been banned by the House.”

Following, his remarks on the floor.