A series of short videos from the Independent Institute entertains and teaches lessons at the same time. 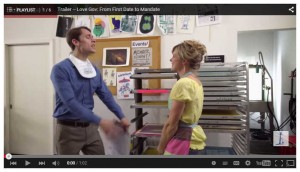 The Independent Institute has produced a series of humorous and satirical videos to present lessons about the nature of government. The Institute describes the series here:

Love Gov depicts an overbearing boyfriend — Scott “Gov” Govinsky — who foists his good intentions on a hapless, idealistic college student, Alexis. Each episode follows Alexis’s relationship with Gov as his intrusions wreak (comic) havoc on her life, professionally, financially, and socially. Alexis’s loyal friend Libby tries to help her see Gov for what he really is — a menace. But will Alexis come to her senses in time?

There are five episode (plus a trailer). Each episode is around five minutes long and presents a lesson on a topic like jobs, healthcare, and privacy. The episodes are satirical and funny. They’d be really funny if the topic wasn’t so serious. I recommend you spend a half-hour or so to view the series.

The link to view the video series is here.