For Gasland 2, there will be no dissent allowed

The maker of FrackNation writes “Our mistake was to believe the Tribeca Film Festival’s claims to want diversity of opinion and people who are passionate about film.” 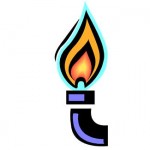 Documentary filmmakers Phelim McAleer and Ann McElhinney made FrackNation in response to the errors and lies in the anti-fracking film Gasland. Now there is Gasland 2, and McAleer and a group of farmers tried to see the film. It didn’t go well.

In January, as FrackNation was being released, I interviewed McAleer. You can read my report at FrackNation to tell truth about fracking. I asked this question: “So why are progressives and liberals opposed to fracking?” Perhaps tellingly, McAleer replied “Fracking brings economic boom to rural America, and many people view rural America as a backdrop, as something to be used.” The elitists don’t really like farmers, he said. But they will gladly use them to make a political point. The idea that they would become independent from their largess is their concern.

Following is McAleer’s article as it appeared in the New York Post.

This was supposed to be a column about “Gasland 2,” the sequel to the anti-fracking documentary by activist Josh Fox, which premiered Sunday afternoon at the Tribeca Film Festival. Instead, it’s about my exclusion, along with maybe 20 farmers from upstate New York and Pennsylvania, from the screening despite having tickets for a theater with lots of empty seats.

Our mistake was to believe the Tribeca Film Festival’s claims to want diversity of opinion and people who are passionate about film.

As a journalist who made a documentary looking at the factual deficiencies in the first “Gasland,” I put some inconvenient questions to Josh Fox as he was speaking to the media on the red carpet.

The farmers milling around nearby decided to join in with pointed but respectful questions of their own. After all, they know their land better than anyone, and they felt aggrieved that their lives and communities had been misrepresented by the first “Gasland.”

They asked Fox if he now accepted that the water in Dimock, Pa., is clean. He’d claimed that Dimock was one of the most contaminated areas in the United States because of fracking. But state scientists and then the EPA investigated and found the water clean.

The farmers asked Fox if he’d accept the science and apologize for calling their community a wasteland. He didn’t reply.

There was silence also when they asked Fox if he’s going to withdraw his claim that fracking has caused a spike in breast cancer. That’s been debunked by the country’s top cancer experts, but Fox has remained silent, allowing the fears to linger.

Given that Josh Fox had misrepresented their lives so badly in the past, the farmers were interested in what was going to be in “Gasland 2.” Many got up at 4:30 a.m. to travel to New York.

Sherry Hart, a mother of three and the wife of a gas worker, was particularly excited to be there. She lives in Pennsylvania and had never been to New York City, but she felt that it was important to make the journey to see what was being said about her and her life.

But she was not to find out. As the red carpet cleared and the farmers went to take their seats, they and I were informed that we weren’t being allowed in. No amounts of appealing or complaining did any good.

It seems that inconvenient questions aren’t welcome at the Tribeca Film Festival.

It was devastating for the people who’d traveled so far. They were upset and bewildered.

Several hours after the media became interested in the exclusion, the Tribeca Film Festival issued a statement claiming that the screening was at capacity; the problem was simply a lack of seats.

But the farmers, like everyone else these days, have cameras, and they recorded film festival staff giving very different reasons for excluding them from the screening.

One staffer said they were not allowed in “because you’re making trouble.” Another was more honest: “We just don’t feel comfortable letting them into the movie,” she explained.

The festival organizers called the police just in case the farmers didn’t get the message that they weren’t welcome.

Julia Mineeva, a Russian journalist who’s covered the film festival for five years, thought she’d stumbled across a great story and started interviewing the various groups. When she went in to see the movie she was asked to leave, followed, put in handcuffs, arrested and charged with trespassing.

It seems that covering both sides of a story is an arrestable offense at the Tribeca Film Festival.

Festival founder Robert De Niro says he wants a festival that is controversial, but there was nobody more passionate than those farmers who made a round trip of hundreds of miles just to see a movie. But the message Sunday was that their passion was not welcome.

And at the first sign of real controversy from real people, the festival closed its doors and called the cops.

The message is clear: They want “controversy,” but only of the kind they agree with, and it can only come from people who look and sound like them.

The rest of America can just stay on the sidewalk.